News that Rassie Erasmus will be joining the Springboks for their end of year tour will without a doubt boost the morale of the team and perhaps boost their odds on winning what will be three tough Test matches.

Springbok head coach Jacques Nienaber has confirmed director of rugby Rassie Erasmus will be joining the team on their November tour of the United Kingdom.

Erasmus recently received a set date of the weekend of 30-31 October for his independent disciplinary hearing.

World Rugby formally charged Erasmus and SA Rugby after the director of rugby produced a video in which he criticised match officials during the recent British & Irish Lions tour of South Africa.

In the video, Erasmus highlighted a host of officiating discrepancies in the first Test of the series which was handled by Australian referee Nic Berry.

World Rugby has since been dragging its feet in setting a convenient date, but were finally able to confirm this at the beginning of October.

This has raised questions as to whether Erasmus will continue to distance himself from the squad, as he did during the Rugby Championship away leg in Australia.
Also read: Bok November tour squad

Erasmus remained in South Africa in order to allow the team to focus on the competition, but continued to remotely offer input on the team’s tactics and training sessions.

However, after naming the squad for the tour, Nienaber confirmed that Erasmus will be joining the team and continuing in his role.

“Rassie is coming along with us on tour,” Nienaber said.

“He will fulfil his normal role as he has done previously.”

The Springboks will depart for a week-long camp in France – without their overseas-based players – this weekend and then head to Cardiff on 31 October with the full squad.

The team will play three Test matches – against Wales in Cardiff (6 November), Scotland in Edinburgh (13 November), and England in London (20 November). 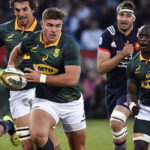 Back Boks to beat France by four-plus points 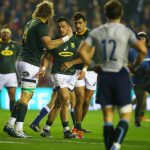 MoneyMan goes big on handicaps across the Autumn Internationals 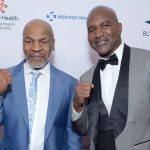 Tyson vs Holyfield is the fight to make 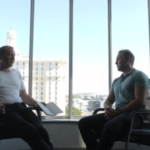 WATCH: Bet on Rebels not to lose by eight-plus