It’s not often that I tell people not to bet, but when I do it’s because some matches scream uncertainty, and money not lost is as good as money made. The Springboks vs Argentina, in their opening Rugby Championship match, is one of these games.

The Boks were brilliant in claiming a 2-1 series win over the British & Irish Lions after not having played test rugby since the World Cup Final in 2019. The mental and physical effort of the players involved was monumental, and it comes as no surprise that the Bok management is resting so many players who carried such a heavy work load over the Test series, for this first Rugby Championship Test.

The new-look Bok team is by no means disrespect to a strong Argentinian side, but rather a necessary selection for the longevity of the Springbok Rugby Championship squad. Saturday will be a great marker of Springbok depth against a Pumas side that comes off the back of beating Wales, in Wales, and has lost only one of their last eight Test matches, to the All Blacks, but also beat the New Zealanders too.

While Saturday is a great opportunity for many young Springbok talents, it is not the most tantalising of prospects for the punter. South Africa are heavily favoured for an outright win, with odds of only 1.26. You would be a fool to take these odds, as they offer inherently very little value and there is the possibility of an Argentinian win, with the tourists fielding a strong side.

If anything, the value bet would be the 4.00 odds on the Pumas, who have become rather adept at winning on the road.

But I hate to bet against the Boks, and I’ll be hoping for a Springbok win, which I still do think they have the quality to get. I simply won’t be betting on a winner or handicap though, because Argentina could derail a low odds bet.

On another note, I’d like to also congratulate Betway SA on becoming the official associate sponsor to SA Rugby and the Springboks. All the odds I use and bets I make are done through Betway, so stay tuned for any booking codes to my bets in future shows. I may also put down a total points bet on tomorrow’s game.

Multi-bets to kick off the Premier League season 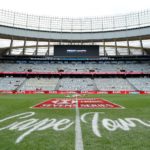 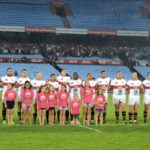 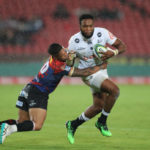 Bet on Sharks in Durban 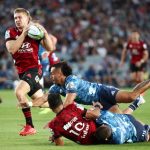