The guys over at FourFourTwo give their take on the past weekend’s Premier League action.

Elsewhere on Sunday, Southampton won again, while England goalkeeper Jordan Pickford watched from the bench as Everton came unstuck at Newcastle, and Gareth Bale scored his first goal for Tottenham since returning on loan from Real Madrid.

On Saturday, champions Liverpool came from behind to return to the summit with a 2-1 win over West Ham and at the other end of the table, Sheffield United’s struggles continued after a 1-0 home defeat by Manchester City.

Here, the PA news agency looks at what we learned from the top flight this weekend.

The Red Devils had looked back to their best in a 5-0 thrashing of RB Leipzig in their midweek Champions League fixture. However, Sunday’s lacklustre display in the home defeat to Arsenal, when Pierre-Emerick Aubameyang’s second-half penalty proved decisive, left Solskjaer once more facing questions over the direction of his team after 100 games at the wheel. United have now failed to win in their opening four top-flight home matches for the first time since 1972-73 – and, despite many a false dawn, there appears no quick fix on the horizon.

Gareth Bale had not been on the pitch long when he headed in a cross from Sergio Reguilon, his former Real Madrid team-mate, to help Tottenham to a 2-1 win over Brighton in Sunday’s late kick-off. It was far from a vintage Spurs performance, but one which nevertheless vindicated the nine changes made by manager Jose Mourinho following the shock Europa League defeat to Royal Antwerp, and the result moves them up to second in the Premier League table. At 31, Welshman Bale may not be the player he was when he left for LaLiga, but the celebrations which followed his goal – a first for the club since May 2013 – showed how much it still meant.

While the attention has been on just who would Liverpool turn to at the back with Virgil Van Dijk, Fabinho and Joel Matip all injured, summer signing Diogo Jota came off the bench to strike again as the Reds battled to victory over West Ham on Saturday. Jurgen Klopp may have been given little choice than to put his faith in Nathaniel Phillips, but he was not let down by a mature display at the back from the 23-year-old. Jota’s contribution, however, showed when you have such a cutting edge in attack, giving the opposition plenty to think about in their own box will always prove key to hopes of a successful title defence.

The last 12 months have provided a remarkable turnaround in fortunes for Southampton, who were humiliated 9-0 at home by Leicester on a wet Friday night in October 2019. Roll the clocks forwards, and Sunday’s 4-3 win at Aston Villa – where the hosts scored twice in stoppage time to make the scoreline more flattering – pushed Ralph Hasenhuttl’s well-drilled side up into third before Tottenham’s win dropped them to fourth. The progress is tribute to hard work on the training pitch, a keen eye in the transfer market and patience in the boardroom. A recipe for success at any club.

Pickford given time to reflect

It has been a testing few weeks for England goalkeeper Jordan Pickford, who was taken out of the firing line by Everton boss Carlo Ancelotti as he dropped to the bench for Sunday’s defeat at Newcastle. The 26-year-old, though, has been promised a swift return between the posts for next weekend’s Premier League match against Manchester United. How Pickford will respond remains to be seen – but it could yet spark him back into top form as he looks to move on from the fall-out from his tackle on Liverpool defender Van Dijk. 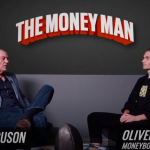 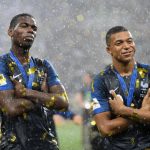 Favour France as they face off against Germany 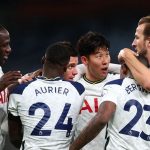 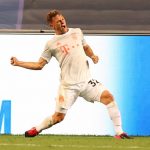