A relatively quiet weekend this weekend, but very much the calm before the storm, as the Premier League kicks off on Saturday, the NFL returns and South African regional rugby starts to take shape again.

On Friday Ollie and I were in a agreement that the right bet was Munster at +7.5 against Leinster in the Pro 14 Semi Final, given not only the nature of the derby, but that the average score between the two sides in the five previous games worked out at 22-17 to Leinster, and their two meetings this season had two and six points in them respectively. While the bet lost, we stay in agreement that it was the right bet. Munster went down by ten points, after missing five penalties throughout the course of the match. This is always the risk in punting, is that while all the research was sound, and the game did play out as tightly as expected (end score 13-3), consistent small errors accumulated as missed points and ultimately, a winning bet is based purely on the numbers, not on how the game played out. Given the same stats, teams and conditions, I would still make that bet again. Don’t kick yourself if you lost out there.

My only other two punts for this weekend were on the NBA , and gladly they were successful. After the Raptors had managed a high of only 104 in their three games against the Celtics, I liked the offer on game four for the Raptors to score under 108.5 points. R500 on that returned me R800 as they shot 100, versus Celtics’ 93, taking the series to a 2-2 tie and keeping in trend with the total points between the two sides being very low thus far this series, as they are both so defensively sound. The bookies have had a hard time separating the two sides, as have I, and points bets rather than out-rights may continue to be the best option when looking to punt on the series. My second NBA wager was a Sunday night one on Miami Heat’s shooting power. I took a conservative R250 on the Heat to shoot over 109.5 points, and while the Bucks managed to pull back a win after being 3-0 prior to game four, the Heat still shot 115 points to lose by just three to the Bucks’ 118. While the Heat would have been looking for a clean sweep, the Bucks pulling back one keeps the series alive and it’ll be interesting to see what happens from here.

While this past week and weekend were quiet, prepare yourselves for full-on action as all my, and I’m sure your guys’ favourite viewing returns in the next few weeks. 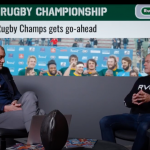 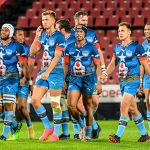 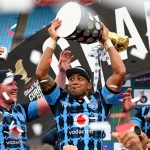