Finally, on the 13th of June, Super Rugby returns – albeit domestically restructured – to New Zealand. I am a huge rugby fan, as are many of my audience, and the excitement for the game extends to the betting world, where I’m happy to say I’ve seen relative success over the past few years.

But while live rugby is promised, it is not promised in the same context as it was pre-Covid-19. If you’ve been following or betting on the Bundesliga, you would have seen form guides and probabilities go completely out the window, when reflecting on the results since the German footballers returned to empty stadiums, and this of course does not bode well for bettors. The empty stadiums seem to have nullified home ground advantage, and many inconsistencies have emerged. So one needs to caution oneself in assuming that Rugby will be any different upon return.

From a betting perspective Super Rugby 2020 had, up until its premature closure, been one of the most unpredictable tournaments to date, and set an inconsistent precedent early on with regards to form guides. In a restructuring that shrinks the tournament entirely and eliminates travel, there is also no guarantee that the New Zealanders will be performing as they did previously. Couple this with training stunted and obstructed by early lockdown laws.

I do not have reservations in the New Zealand sides’ rugby capabilities and ability to adapt to the new format. I also believe that if any conference were to return, the New Zealand one would be the most entertaining. Where I am concerned is in wagering money in the early rounds, as they will be of a very much adaptive and re-introductory nature. I will always adopt a conservative approach early in tournaments, and one needs to remember that this is not a tournament kicking off from a proper pre-season, but one restarting in extenuating circumstances.

On a positive note though, Super Rugby Aotearoa is set to attract live crowds as New Zealand remains free of Covid-19 cases. Supporters are arguably as integral a part of live sport as the sport itself is, and hopefully their presence ensures the performances one would expect of the teams. The echoes of the empty soccer stadiums were eerie and unlike any live sport should be, and there is no way that this hasn’t affected the psyche of the athletes.  But New Zealand predicts crowds bigger than before Covid, as live sport is so highly anticipated, and perhaps this will be a counteracting boost to all the potentially damaging effects previously mentioned. The thing is, we don’t know, and we can’t know until at least the first two rounds are out the way.

Be pragmatic early on, take into account previous form, read up on the games, but be cautious too because unexpected results are almost always birthed out of unexpected circumstances. 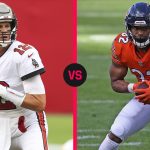 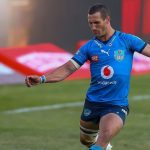 Bad news for Bulls ahead of Currie Cup final 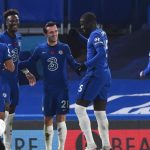 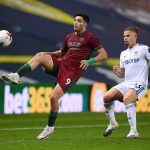