Tipping my first accumulator and placing a few others here and there. A quieter weekend, yet a fruitful one nonetheless.

MoneyBoy and I had a look at the world of accumulators in our Friday video, where we explained how they work, what their value is and which ones we would be picking for the weekend. My weekend accumulator was on the Colorado Avalanche to beat the Arizona Coyotes at 1.75, combined with Bayern Munich to win their Champion’s League fixture against Barcelona at 1.99. The total combined odds for that two leg accumulator sat at 3.56 and R200 returned me 712 as Bayern punished Barcelona 8-2 in the Spanish side’s biggest defeat since 1940 and the Avalanche were 4-3 victors. This conservative approach to my first tipped accumulator shows the value in combining fairly low odds for a decent return, without risking too much, as many people fall trap to with the accumulator option. My feel is to always go fewer games, on lower odds, than trying to combine too many games to get a huge return.

Unfortunately, a single bet on the same game, for the Avalanche to win by -1.5 (2 or more goals) saw me lose out, but by R500, meaning I was still in profit after my two bets. The only other loss over the weekend was the unfortunate end to my 12/12 NBA streak, as I tipped the Memphis Grizzlies and Portland Trail Blazers to combine for under 236.5 points in the game. The points ended on 248, but now we look to a new streak where I’ll be hoping to surpass my 12/12 (which was actually 15/15 when including last year’s bets).

I was very happy with a cricket wager I took on Friday too, as it’s not my primary sport, but one that I consistently try educate myself on. I put down R1000 to win back R2000, calling a draw between England and Pakistan on day one of the second test, based on the dodgy weather of the four remaining days of the match at the time. On the final day, today, a draw looks the only possible result and so I’m patiently waiting for that R1000 return.

A quieter weekend, and one without rugby funny enough! But once I’ve got a bit more of a feel for the English Premiership, those bets will be coming.

Have a great week folks, 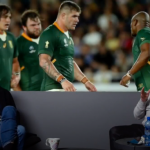 Why Boks should play in the Eight Nations 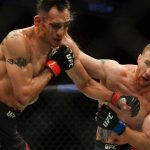 The excitement as sport gradually returns 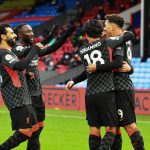 Premier League Round 14: The Good, the Bad and the Ugly 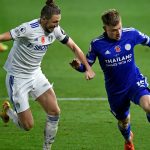