Make sure to check the teams and do your homework before placing any wagers! Safe betting folks.

HIGHLANDERS vs CRUSADERS (Saturday, 9:05am, Dunedin)

Highlanders coach Aaron Mauger has opted for a new front row in his team selection for Saturday’s Super Rugby Aotearoa clash with the Crusaders in Dunedin.

Props Daniel Lienert-Brown and Jeff Thwaites all come in to the starting lineup, while hooker Liam Coltman will take over the No 2 jersey.

‘We are fortunate to have some depth in our front row so we have the ability to make changes, this is a tough competition and as always the Crusaders will present a real challenge on Saturday night,’ forwards coach Clarke Dermody commented.

In the backline, injured wing Sam Gilbert has been replaced by Ngane Punivai and the experienced Michael Collins will play at fullback.

Crusaders coach Scott Robertson has made five personnel changes and a positional switch to his starting XV for their match against the Highlanders in Dunedin.

In the back division, wings Sevu Reece and George Bridge and scrumhalf Bryn Hall have been left out of the run-on lineup, with Reece moving to the bench and Bridge and Hall being rested for the match altogether.

David Havili comes in for Reece, but he will start at fullback with Will Jordan moving to right wing. Leicester Fainga’anuku replaces Bridge at left wing and Mitch Drummond takes Hall’s spot.

There are two changes up front, both in the loose trio. Flanks Ethan Blackadder and Tom Christie come in for Cullen Grace (injured) and Billy Harmon.

It will be the first match between Crusaders and Highlanders since 2018 after their 2019 fixture was abandoned.

CHIEFS vs HURRICANES (Sunday, 5:35am, Hamilton)

Chiefs coach Warren Gatland has made two changes to his starting XV for their match with the Hurricanes in Hamilton on Sunday.

The Chiefs are looking to end their three-game losing streak when they host the Hurricanes, but that task has been become more difficult following the news that All Blacks centre Anton Lienert-Brown would miss the match due to injury.

Lienert-Brown suffered a head knock in their defeat against the Crusaders last and is nursing a concussion. His place in the side will be filled by Tumua Manu.

Gatland has named an unchanged forward pack, but made several alterations to the bench with lock Tupou Vaa’i loose forward Dylan Nel and scrumhalf Toiroa Tahuriorangi all taking up positions among the reserves.

In the reserves, young lock Tupou Vaa’i and rookie loose forward Dylan Nel return to the squad in the only two changes to the replacement forwards.

South African-born wing Kobus van Wyk has been selected in the Hurricanes’ starting lineup for Sunday’s clash against the Chiefs in Hamilton.

Van Wyk played off the bench in the Hurricanes’ previous game, which was against the Crusaders a fortnight ago. But he has been promoted to the run-on side at the expense of his compatriot Wes Goosen, who shifts to the bench.

There are three more changes to the side, where Jordie Barrett comes in at fullback for his maiden Super Rugby Aotearoa appearance having missed the opening weeks through injury.

Peter Umaga-Jensen has earned selected as the starting outside centre in place of Vince Aso and Scott Scrafton gets the No 5 with Vaea Fifita dropping to the bench. 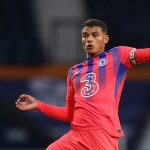 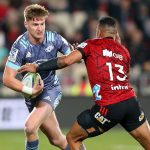 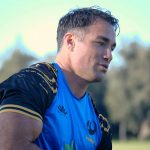 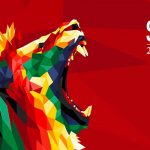