The Blues will welcome the presence of two world-class playmakers to boost the challenge for their first piece of silverware since 2003, writes DYLAN JACK.

It has been 17 long years for Blues fans as the Auckland-based side have become the perennial underachievers of New Zealand rugby.

In particular, the team has consistently disappointed over the past decade. Despite boasting exciting attacking players such as George Moala, Charles Piutau, Ma’a Nonu and Sonny Bill Williams, the team has struggled to develop a collective drive and culture, finishing bottom of the New Zealand conference seven times in the past nine years.

However, there has been renewed hope and optimism that the team could once again become a force in southern-hemisphere rugby after some excellent work by the Blues management team, including coach Leon McDonald.

The emergence of lock Patrick Tuipulotu as a true leader should also be mentioned as the 27-year-old has embraced the role as Blues captain.

When the 2020 Vodacom Super Rugby season was suspended, the Blues had won five of their seven matches and were second in the New Zealand conference having played one more game than their local rivals.

The Blues did excellently by scalping both the Vodacom Bulls and Stormers during their tour to South Africa and continued this form by stunning the Hurricanes in Wellington.

Adding to this positivity, the Blues have welcomed Beauden Barrett back from a post-World Cup sabbatical and announced the surprise signing of veteran Dan Carter as the former All Black returned from Japan.

The duo boast a genuine star quality and are both simply in a different playmaker class to what the Blues previously had.

However, coach McDonald will still have some thinking to do in this regard as the Blues now have Barrett, Carter as well as two promising players in Otere Black and Harry Plummer to consider at flyhalf. The 25-year-old Black, who joined from the Hurricanes in 2018, had been showing the form that was long expected from him and was a key part of the 24-15 victory over the Hurricanes.

Incidentally, the Blues begin their Aotearoa campaign against the Hurricanes at Eden Park – with Barrett set to face his former side. 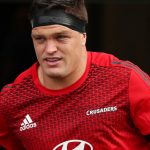 Crusaders lose captain for the rest of the season 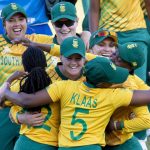 Down Under: Catastrophic Kohli, Superstar Proteas 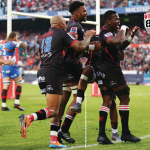