The return of the Bundesliga has been gold to the sports bettor and fan. It’s been gold for me too in terms of allowing focus on a single football tournament as the other premier soccer tournaments world wide are yet to return.

Not coming from a soccer background, I was eager to get educate myself on the game while also aiming to learn the ins and outs of betting on it. I struggled in the beginning of the year wagering on the ever-unpredictable premier league, but the last two weeks since the Bundesliga’s return on the 16th of May, has seen me start to make up on the deficit I had racked up earlier in the year. I think the absence of the overwhelming number of soccer matches and frequency of news has allowed for a focused and undistracted approach to the German league, and I feel my bets have reflected well informed reading. I was happy this past weekend to cash in on Timo Werner’s hot form for Leipzig, picking him to score the first goal of the match, which he did. He added another two in Leipzig’s 5-0 drilling of Mainz, which was another bet that payed off for me, having picked them to win by two or more goals (1 goal handicap). Unfortunately my match prediction of Schalke to win was a disappointing loss as they got put away 3-0 by Augsburg. This result was testament again though to making educated bets, as I made that one hurriedly and with the least reading of the weekend. Fortunately it was still a profitable weekend. Since the return I’m 3/4 on the Bundesliga.

Today, as both a fan and bettor, I’m chomping at the bit for Dortmund’s home clash against Bayern Munich. As a fan it promises to be a quality match – and if the reading is on point, a high scoring one too – and as a bettor there is huge value to be found in what were around 190 markets just on Sportingbet.

A lot of reading suggests a high scoring game, with four of the last five clashes between the table toppers seeing four or more goals. Players from the two sides also top the majority of the attacking stats in the Bundesliga at the moment. Bayern Munich top the goal scoring stats with 80 goals this season, striker Robert Lewandowski having scored the most in the tournament (27). Dortmund aren’t far behind at 74 goals (the second most), with their star player Jordan Sancho, who has been returning from injury recently, third on the top scorers list with 14 goals. Sancho also boasts the second most assists with 16, just one behind Bayern’s Thomas Müller, whose exceptional form has seen 17 assists and 7 goals. While the teams battle it out at one and two both on the table and in statistics, Bayern’s prowess extends to the attacking stats, having had the most shots at 504, 60 more than second place Leipzig, with 17 of those shots hitting the post or bar. If statistics don’t lie, Bayern should be the more lethal of the two sides, yet either way my feeling is that the bets to be placing are on goal scorers and number of goals, rather than a win or draw.

I found all the stats on the Bundesliga’s official website

I want to express that I don’t feel I’m nearly in a position to tip bets, and don’t feel schooled enough in soccer to have any sort of authority. My bets are placed through extensive reading as I’m very much still a student of the game. These are just the bets I’m thinking of making, but I’ll always update on the bets I have placed and then won or lost. You can follow my success by checking out my tracker here.

I’m still working to cover the early deficit of a few big bets I lost in the beginning of the year in both Super Rugby and the Premier league, but since reducing the balance in my accounts I’ve felt it a lot easier to work in small increments and try build up a bigger total. I’ll carry on keeping you guys updated and you can carry on keeping me honest! It’s good to be back and betting.

Here are a few of the sites I’ve used for today’s clash: 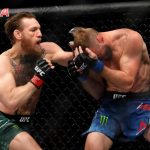 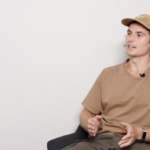 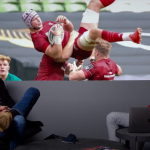 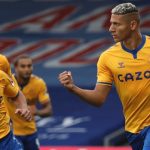