An article surfaced on SuperSport on Wednesday suggesting that Rassie Erasmus exposed too much of the sacred inner workings of the Springboks in a tactical attempt at attention. What a joke.

Rassie Erasmus responded to rumours of a link with the Rugby Football Union by taking to a newly opened Twitter account to post videos of his team talk before the World Cup Final and two behind the scenes videos of his “Four Phases of Springbok“ talk. Johan Coetzee, writing for SuperSport, has likened this show of loyalty and healthy patriotism to actress Sharon Stone “inadvertently exposing too much of herself to an audience that was just a tad too eager”. Uh…what?

“Her name is Sharon Stone and it all happened in a 1992 film called Basic Instinct. His name is Rassie Erasmus and he is showing intimate parts of an institution we all hold faithfully dear. Our privates are being shared openly and in almost every public space you can think of,” he writes. While the comparison is not only confusing as he goes on to compare excitement about South African rugby to sexual excitement as teenager (not two facets of life I’ve ever aligned), it is simply unfounded in a South African rugby climate that has been asking primarily for transparency and consistency in a coach. Erasmus, in not only the speed, but the quality of his response to rumours linking him to England, showed that he is not afraid to show his passion for the Springboks and the country and that he is intent on building a consistent and honest Springbok brand.

The thread of alignment between rugby team talks and sexual taboos continue with a Mavericks reference, “If you cheaply see these things that are supposed to be sacred and intimate too often, you’ll lose all the respect you had for it in the first place”. Again, not the first subject that springs to my mind when I think of Springbok rugby, but if we are to try take seriously this comically extended simile, what is being said is that we as rugby public will begin to lose respect for the sacred Springbok brand if we are so easily given access to the change room. Equally though, transparency in Springbok Rugby and administration has long been a contentious subject, so can they actually not win on either front? Is Bok rugby  either indecently exposed or too private then?

Another point to be made against the accusation that “Rassie Erasmus is not the type of person that leaves anything to chance,” and “only Rassie knows what he is not willing to make public – and it is the content he is holding back that will ultimately decide how this apparent free-for-all spectacle is remembered, especially by those who were present when the videos were taken,” is the behind the scenes exposure of New Zealand rugby. All Black Rugby, one of the most respected and revered brands, embodying the “mystique of a rugby team” that Coetzee claims Erasmus is degrading in the Bok Camp, also has one of the strongest media presences through their All Blacks YouTube channel. A channel with nearly 300k subscribers that has shared countless videos in the sheds, at training and behind the scenes on tours.  The most sought after rugby documentaries have also always been the behind the scenes British and Irish Lions tours, which, unsurprisingly have always been thrillingly transparent. As a proud Welshman, I’ve never felt any loss of respect to the Lions, bur rather felt a greater connection to the side when watching those documentaries. As a proud South African I felt equal connection to the Springbok set up after watching Rassie’s videos.

The entire comparison is baffling and unfounded, and I would be surprised if in an era where transparency in the media and video content from professional sports teams is so sought after, that these accusations hold any traction.

Perhaps the thrill in this column is not a link to Sharon Stone’s allegedly tactical play on teenage sexual taboos and Rassie Erasmus following her lead, but rather an attempt to disrupt the calmest South African Rugby climate in years. We’ve been vocal in our support of Rassie this week, and we’ll continue to do so, as his transparency deserves applause and not apprehension. 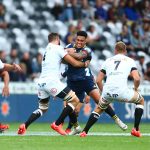 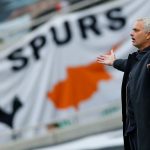 MoneyMan Show: Mopey Mourinho a mockery of a manager 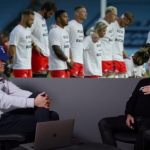 MoneyMan Show: Players have every right to not take the knee 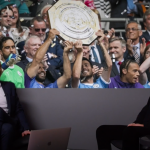