JON CARDINELLI looks ahead to the first three Vodacom Super Rugby matches in round five, including the Stormers-Jaguares battle at Newlands.

CHIEFS vs HURRICANES, Hamilton (Friday, 8:35am)

Both sides will be out to prove a point in what is a key New Zealand derby. The Chiefs will be looking for their first win this season, while the Hurricanes will be aiming for a more polished showing following some unconvincing performances in the early rounds.

Marty McKenzie will start at flyhalf for the Chiefs this Friday, while his brother Damian will feature in his best position at No 15. The big question, however, is whether the Chiefs forwards will stop their Hurricanes counterparts at the collisions and breakdowns.

The Hurricanes have looked dangerous when they’ve received quick ball and built up momentum through their speedy loose forwards – all four of them, as hooker Dane Coles has certainly been prominent around the park.

Centre Ngani Laumape has been the standout for the backs, gaining ground for the Hurricanes with some big carries. Laumape has also showcased his finishing ability when he’s been given a sniff of the tryline. He’s touched down five times already in 2019.

The Hurricanes need to produce an improved showing at the set pieces, though. Achieving that, they should make metres against a Chiefs defence that is – according to Opta – averaging the second-most missed tackles per game in 2019.

– The Chiefs have won four of their last five regular season games against the Hurricanes, despite leading at half-time just twice in that span.

– The Chiefs have lost their last five games; the last time they lost more consecutive games was a six-match stretch across the 2008 and 2009 campaigns.

– The Hurricanes have beaten 29 defenders per game this season, more than any other team in the competition. The Chiefs rank third with 25 beaten per game.

– TJ Perenara (Hurricanes) has scored four tries in his last six games against the Chief. He needs just one more for his 50th career try.

BRUMBIES vs WARATAHS, Canberra (Friday, 10:45am)

The Brumbies’ big win against the Chiefs in round two remains their only victory to date. And when one considers how poorly the Chiefs have fared – losing all four matches – one has to ask if the Brumbies have made any real progress or whether they will contest for the Australian conference title.

The Rebels have been the form Aussie side in the early rounds. They thumped the Brumbies in Melbourne and then again in Canberra. The Waratahs have blown hot and cold, but should not be underestimated.

Recent history suggests that the Brumbies will be favourites to beat the Waratahs this Friday. They may be encouraged by the performance of their scrum and lineouts in the first four rounds. If the forwards fire again on Friday, the Brumbies may well keep that star-studded Waratahs backline reasonably quiet.

If the game is in the balance at the death, however, you’d back one of those Wallabies stars – Israel Folau in particular – to produce the game-winning score.

– The Brumbies have won four of their last five games against the Waratahs, including a 40-31 triumph in their most recent meeting.

– The Waratahs have won six of their last seven Australian derbies, despite having conceded an average of 26 points per game across that span.

– Israel Folau (Waratahs) is just one try shy of equalling Doug Howlett (59) as the most prolific try-scorer in Super Rugby history.

The Stormers have bounced back – at least as far as results are concerned. After suffering a heavy 40-3 defeat to the Vodacom Bulls in round one, they’ve produced solid defensive displays to down the Lions and Sharks in succession.

They may fancy their chances again this week when they host a Jaguares side that doesn’t fare well on South African soil. The Argentinians were outmuscled and outwitted when they faced a Lions side stacked with rookies at Ellis Park last Saturday. The final scoreline didn’t reflect the Lions’ dominance.

Both sides should be desperate to make a statement at Newlands this Friday, though. The Jaguares will be searching for a historic win in Cape Town, a result that will aid their quest for a playoff berth. The Stormers will be aiming to add another victory to their tally before they tour Australasia, where they have struggled in recent seasons.

It’s hard to predict which set of Stormers forwards will arrive for the contest on Friday. The Cape pack was handed a hiding of epic proportions at Loftus Versfeld four weeks ago. When the Stormers travelled to Kings Park, however, the heavies delivered a dominant showing at the collisions to shut down the free-styling Sharks.

The same strategy may prove effective against the Jaguares, a side that can be devastating on the front foot and thrive in broken field conditions.

The Stormers would do well to attack the Jaguares’ weakness at the scrum. They also have to find a way to disrupt the Jaguares’ lineout, though. The Argentinians are ranked third in the tournament for securing possession on their own throw.

There’s been a call for a more expansive approach in some sectors of the Cape media, a call that should fall on deaf ears at the Stormers’ HQ. The Stormers would do well to pursue a pragmatic approach and do everything they can to bank an important win.

Given their poor showing in round one and all the off-field problems afflicting the franchise, a three-from-four win-record would reflect a solid start to the tournament.

A loss to the Jaguares, however, would serve as a further setback ahead of the more testing encounters against Antipodean opposition.

– The Jaguares picked up a 25-14 win in their last Super Rugby meeting with the Stormers, snapping a three-game losing streak against the South African side.

– The Stormers have won seven of their last nine games on home turf.

– The Jaguares have lost their last four games on the bounce away from home, conceding 40-plus points on three occasions over that span.

– The Stormers have missed just 15 tackles per game this season, fewer than any other team in 2019.

– The Jaguares’ Tomas Lavanini is the most penalised player in 2019, having conceded eight penalties thus far, three of which have been for being caught offside. No other player has been caught out this way more often. 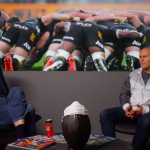 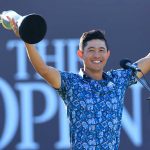 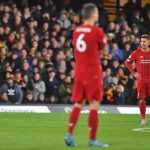 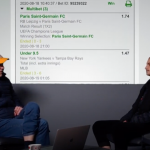