CRAIG LEWIS looks ahead to the opening quartet of Vodacom Super Rugby matches in round four.

HURRICANES vs HIGHLANDERS, Wellington (Friday, 8:35am)

The Hurricanes sent out a serious statement as they hammered the Brumbies 43-13 last weekend. With Beauden Barrett and Dane Coles making their presence felt in the starting lineup, and centre Ngani Laumape enjoying some devastating form, they were too hot to handle in Palmerston North.

By contrast, the Highlanders meekly succumbed to defeat against the Rebels, having only just managed to overcome the Reds in round two.

It points to the fact that the Canes will be favourites for this one, but it can’t be overlooked that Aaron Smith and Ben Smith are now back for the Highlanders, and their presence will boost the visitors.

Over the first few rounds of Super Rugby, the Canes have quickly established themselves as one of the most dangerous attacking teams in the competition, and it could spell problems for a Highlanders side that has a tackle-success percentage of just 82.6 to date.

o The Hurricanes have won three of their last four Super Rugby games against the Highlanders, although they were beaten last time out when they met in round 16 last season.

o The Hurricanes have won their last three home games on the bounce against the Highlanders in Super Rugby, leading at half-time on each occasion.

o Each of the Highlanders’ last five Super Rugby games have been decided by a margin of seven points or fewer, with the Highlanders picking up three wins and two losses in that span.

o The Hurricanes have scored five tries in the final quarter of Super Rugby games this season, more than any other team in the competition.

o The Hurricanes’ Ardie Savea has beaten 15 defenders so far this Super Rugby campaign, two more than any other player in the competition.

REBELS vs BRUMBIES, Melbourne (Friday, 10:45am)

It’s a particularly strange nuance of the competition fixtures list that these two sides will already meet for the second time this season despite the fact it’s only week four. When the two Australian teams met in round one, it was the Rebels who battled back to clinch a 34-27 victory.

The Rebels have looked to be a particularly well-organised outfit at the start of this campaign, and were also fully-deserving of last weekend’s win over the Highlanders.

The Will Genia-Quade Cooper halfback partnership has made the world of difference to the Rebels’ cause, and as long as the hosts can mitigate the impact of powerhouse Brumbies flank David Pocock, they should be confident of clinching a third successive win.

o The Rebels have won their last three Super Rugby games on the bounce against the Brumbies, as many as they had won in their 12 meetings prior.

o Three of the last four Australian Super Rugby derbies involving the Rebels have been won by the away team on the day, with the Melbourne-based side picking up two wins and two losses in that span.

o The Brumbies have won just two of their last eight games played away from home in Super Rugby (lost six), conceding 40 or more points on three occasions in that span.

o The Brumbies have conceded just 13 turnovers per game on average this season, fewer than any other side.

o Only the Bulls’ Rosko Speckman (eight) has made more clean breaks in Super Rugby 2019 than the Brumbies’ Tevita Kuridrani (seven).

CRUSADERS vs CHIEFS, Christchurch (Saturday, 6:15am)

The Crusaders are generally renowned for making a sluggish start to Super Rugby before getting better and better as the competition goes on. That should concern any opposition considering that they have already begun this campaign with three wins on the trot.

Although the defending champs were far from their formidable best against the Reds last weekend, they now return home to take on a Chiefs side that is in a world of hurt.

The Hamilton-based side was humbled at home by the Sunwolves last Saturday, plunging to a third consecutive loss that has left them at the bottom of the overall standings.

It will be interesting to see how the Chiefs respond, and coach Colin Cooper has spoken this week about the importance of going back to basics, while welcoming the return of All Black Anton Lienert-Brown in one of several changes to the side.

Although the Crusaders have opted to rest a couple of All Blacks of their own, such as Owen Franks and Matt Todd, they should have enough firepower to emerge as comfortable victors.

o The Crusaders have won their last four games on the bounce against the Chiefs in Super Rugby. The last time they won more was an eight-game streak from 1999 to 2006.

o In the regular season, the Chiefs have won three of their last four away games against the Crusaders, although they fell to a 45-23 defeat in their last such fixture.

o The Crusaders have won their last 21 Super Rugby home games on the bounce, with those wins coming by an average margin of 19 points per game.

o The Chiefs have lost their last four Super Rugby games heading into this fixture. The last time they lost more in succession was a five-game stretch across the 2010 and 2011 campaigns.

o Lachlan Boshier (Chiefs) has made 33 tackles so far this Super Rugby campaign, the most of any player who is yet to miss an attempt.

BLUES vs SUNWOLVES, Albany (Saturday, 8:35am)

The big question ahead of this clash revolves around whether the Sunwolves can back up their famous victory against the Chiefs last weekend, and how the Blues will cope with the emotion surrounding the recent death of a teammate.

The Japan-based side will have taken oodles of confidence from the manner in which they completely outclassed their New Zealand opponents in Hamilton, while it can’t be forgotten that they beat the Blues back in 2017.

However, the Blues should see this game as a golden opportunity to claim their first win of the season, and it’s interesting to see that Sonny Bill Williams will captain the side, with regular skipper Patrick Tuipulotu being rested.

This match will be played at the home ground of Mike Tamoaieta, the popular Blues prop who passed away suddenly last Friday, and it’s sure to be an emotionally-charged encounter for the hosts, who will play in special jerseys in honour of their fallen teammate.

o This will be the third Super Rugby meeting between the Blues and Sunwolves, but the first in New Zealand. The ledger is split at one win apiece from their previous two encounters, with both games won by the team trailing at half-time.

o The Blues have won only one of their last nine Super Rugby games on home turf, scoring more than 22 points in a game on only two occasions in that span.

o The Sunwolves are hot off the back of their first-ever away victory in the last round and will have the opportunity to win back-to-back games in Super Rugby for just the second time, previously doing so in May last year.

o The Sunwolves remain the only team in Super Rugby 2019 with a 100% goal-kicking accuracy, slotting all 14 of their attempts thus far (seven conversions, seven penalties).

o The Blues’ Akira Ioane has made 41 carries thus far in Super Rugby 2019, more than any other player in the competition, while the Sunwolves’ Gerhard van den Heever (34) has made the third most. 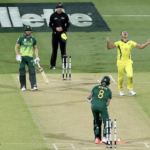 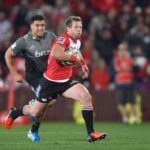 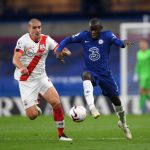 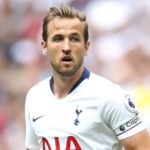