JON CARDINELLI looks ahead to the first four matches of round 19, including the playoff-shaping fixtures in Hamilton and Melbourne.

CHIEFS vs HURRICANES, Hamilton, Friday 9:35am

The Hurricanes remain on track for a home quarter-final. It would take something special by the Chiefs this Friday – a 45-point victory – to boost them ahead of the Hurricanes in the overall standings.

That said, the Hurricanes have no reason to be complacent. There’s a good chance that these two teams will meet in the first round of the playoffs. Both sides should be looking to make a statement before then.

The Chiefs have started to hit some form. Colin Cooper’s charges have won three of their last four games. Meanwhile, the Hurricanes have lost a bit of momentum, with a record of three defeats in their last four matches.

However, the Chiefs will go into this clash with a weakened lineup. Flank Sam Cane (concussion), utility back Sean Wainui (shoulder) and hooker Nathan Harris (thigh) will miss the game due to injuries. Star flyhalf Damian McKenzie and flank Luke Jacobson will be rested, while prop Karl Tu’inukuafe and Liam Messam will play from the bench.

Both sets of defences have been good this season as far as the stats on Opta are concerned. The Chiefs are ranked fourth in the tournament for tackle completion (84%), while the Hurricanes have been the best side in this area (85%).

It will be interesting to see how the respective teams go about things on attack. Both sides rank in the top five across the attacking categories, but both know how to use the boot to telling effect. The Chiefs are ranked fourth for kicks from hand, while the Hurricanes are ranked fifth.

Ngani Laumape starred for the Hurricanes in their most recent fixture against the Blues, scoring four tries. Laumape, the Barrett brothers, Nehe Milner Skudder and Ben Lam will test the Chiefs’ backline defence this week.

REDS vs SUNWOLVES, Brisbane, Friday 11:45am

There’s not much to be gained by either side in this bottom-of-the-table clash. The Reds can’t finish any higher than fourth in the Australian conference, while the Sunwolves have already secured the overall wooden spoon.

That said, the Sunwolves are still looking for their first win away from home. They put the Waratahs under pressure in the first half of last week’s match in Sydney, but fell to pieces after conceding a red card.

The Sunwolves went down 77-25 in that fixture. One wonders if they will be up for this clash in Brisbane after suffering such a physical and mental hammering in Sydney.

HIGHLANDERS vs REBELS, Dunedin, Saturday 7:15am

The Sharks will be watching this match closely. A loss for the Rebels in Dunedin and a win for the Sharks – against the Jaguares in Durban – will see the latter team advancing to the knockout stage.

The Highlanders, on the other hand, don’t appear to be too bothered about the outcome of this game. Coach Aaron Mauger has made a host of changes, with All Blacks Ben Smith, Aaron Smith and Luke Whitelock, as well as flank Elliot Dixon and hooker Ash Dixon set to have a rest. Centre Rob Thompson is another who will sit out.

Will the Rebels make this chance count? They need a win on Saturday in order to qualify for the playoffs for the first time in their history. While they are yet to beat the Highlanders in Dunedin, they may be buoyed by the fact that the hosts are missing so many key players.

They will have to produce a more accurate performance on defence, though. They are currently ranked 14th in the tournament for tackle efficiency and dead last for discipline. New Zealand teams thrive off other sides’ mistakes, and will punish the Rebels if they continue to miss tackles and concede soft penalties.

Winger Waisake Naholo, centre Tei Walden and No 8 Liam Squire will be key for the Highlanders this Saturday. If these three can inspire a convincing win – by eight or more points – the Sharks will go into their clash against the Jaguares needing a straight victory to qualify.

CRUSADERS vs BLUES, Christchurch, Saturday 9:35am

Scott Robertson has picked a strong side for the Crusaders’ last match before the playoffs. While the Cantabrians have already secured first place in the standings, they are clearly looking to maintain their momentum ahead of the knockout phase of the tournament.

To say they are favourites to win this Saturday is an understatement. No Blues side has won in Christchurch for 14 years, and one can’t see this outfit upsetting a Crusaders side that has dominated on attack and defence in 2018.

The Blues boast some big names in their backline and have attempted to play an attacking brand of rugby this season. Their attacking stats don’t make for good reading, though. While they have managed to hurt some teams by breaking the line and making metres, finishing has been an issue.

Will they trouble a Crusaders defence that has averaged fewer than 20 missed tackles per match (the best record in the tournament) and has conceded the fewest tries overall? One can’t see it happening.

In terms of attack, the Crusaders rank second for points scored and third for tries. They possess one of the tournament’s leading try-scorers in winger George Bridge (11).

It’s going to take something special to stop the Crusaders from winning the trophy from here. 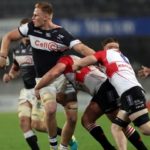 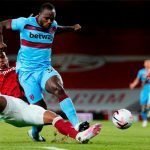 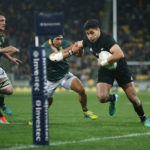 Preview: Springboks vs All Blacks 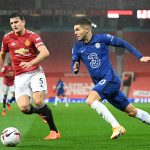