JON CARDINELLI looks ahead to the Super Rugby quarter-final in Sydney on Saturday.

Much has already been said and written about the flawed Super Rugby format and why the Waratahs don’t deserve to host a quarter-final. Indeed, if log points determined final standings, then the Waratahs would have finished in sixth place. They would have faced the Chiefs in Hamilton instead of the Highlanders in Sydney.

Which teams have the Waratahs beaten during the conference stage, and what can be read into those results?

As many as seven of the Waratahs’ nine wins came in Australian conference clashes, with Daryl Gibson’s side overcoming the Brumbies, the Reds twice, the Rebels twice, and the Sunwolves twice. They beat the Stormers, but then so did every other team that hosted the Cape side this season.

Perhaps they will remember the 41-12 victory against the Highlanders in Sydney as a big statement. The result brought an end to Australia’s 40-game losing streak against New Zealand Super Rugby opposition. Perhaps the Waratahs will use that result as motivation ahead of the coming clash with the Highlanders in their quarter-final.

Then again, perhaps not. Wing Tevita Nabura was red-carded in the 19th minute of the previous game, and the Highlanders were at a disadvantage for more than three-quarters of the contest.

The Highlanders have failed to impress since the tournament resumed in late June. After suffering losses to the Crusaders and Chiefs, they struggled to put the Rebels away in Dunedin. They have conceded a whopping 127 points in their last three games.

The good news for the Highlanders is that they will travel to Sydney rather than Johannesburg for a playoff this week. What’s more, they will welcome back All Blacks such as Ben Smith, Aaron Smith and Luke Whitelock, as well as centre Rob Thompson, after the four players were rested in the previous round.

The Waratahs rank first in the tournament for points, metres made and clean breaks, and third overall for tries. However, one has to consider that they have enjoyed much of their attacking success while playing in a weak Australian conference.

The Highlanders play a different sort of game, and when their defence gets it right, they can be tough to beat. If the Highlanders boss the Waratahs up front, then threats such as Bernard Foley, Taqele Naiyaravoro and Israel Folau may well be neutralised.

The Highlanders will look to employ their kick-chase strategy if they win the battles up front. That said, with a strong set of midfielders and some world-class finishers out wide – keep an eye on Waisake Naholo – the visitors won’t be short on attacking options. 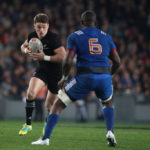 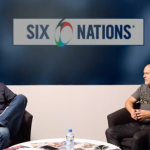 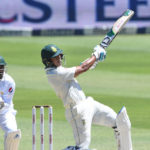