A young French team looks to make history against Croatia’s Golden Generation, who are aiming to win the nation’s first-ever World Cup when the two sides face off in Moscow, writes DEAN WORKMAN.

ROAD TO THE FINAL

France were one of the pre-tournament favourites and rightly so, considering the amount of talent packed into their squad.

Le Bleus, however, did not get off to a convincing start as they limped to a tight 2-1 victory over Australia. Didier Deschamps’ side were again flat in their 1-0 win over Peru, but the victory secured their place in the knockout stages. France then went on to top the group after a 0-0 draw with Denmark.

Despite not showing all their attacking ability, France were into the last 16 where they came up against Argentina.

For the first time in the tournament, fans were treated to an attacking performance which cemented the side’s World Cup credentials. Inspired by the brilliant Kylian Mbappe, France romped to a 4-3 victory over Lionel Messi and co and despite the scoreline suggesting a tight game, it was nothing of the sort as Le Bleus looked comfortable throughout.

France carried this form into their quarter-final against Uruguay where a solid performance saw them book a semi-final spot against a much-fancied Belgium after a 2-0 win.

Once again, Deschamps set his charges out to stifle the attacking threat posed by the opposition. Despite a strong start from the Red Devils, France found their feet and managed to keep the dangerous Belgian frontline at bay, with Samuel Umtiti’s second-half header proving enough to book a third final in six tournaments.

Croatia were arguably many people’s favourites after their dominant group-stage performances.

Zlatko Dalic’s team eased to a routine 2-0 win over Nigeria before a historic 3-0 win over Argentina made the world sit up and pay attention.

Croatia topped their group after a 2-1 win over Iceland to seal a last-16 clash against Denmark.

The Vatreni were then made to sweat as the Danes took them all the way to penalties, after Kasper Schmeichel denied Luka Modric from the spot in extra time. The Leicester man repeated his heroics by saving another two penalties in the shootout. Danijel Subasic, however, went one better by saving three spot-kicks as his team won 3-2 on penalties to book a quarter-final berth.

Dalic’s men faced hosts Russia in the last eight and were again pushed all the way. After an entertaining 2-2 draw, where both teams scored in extra time, penalties determined who would go through to the final four.

Subasic was again the hero for his nation after proving decisive in the shootout as Croatia won 4-3 to seal a first semi-final since 1998.

England were their next opponents as the Croats began to dream of a first ever World Cup triumph.

They got off to a nightmare start when Kieran Trippier sent his free kick into the top corner to give the Three Lions an early lead.

Croatia then showed the resilience they have displayed all tournament to grab a second-half equaliser to send the game into extra time.

Mario Mandzukic then sent the Croatians into raptures as his extra-time goal won them a spot in the World Cup final for the first time in history.

While France are the bookies’ favourites, Croatia can by no means be ruled out of this encounter.

If previous games in this tournament are anything to go by, we could be in store for a tight battle where the game could be won or lost in the midfield.

The Croats have a midfield which is widely considered as the tournament’s best. With captain Modric, who has been the standout player at the tournament, Ivan Rakitic of Barcelona and Marcelo Brozovic of Inter Milan, Croatia have managed to dominate the midfield battle in all of their previous games.

They will now, however, come up against Paul Pogba, N’golo Kante and Blaise Matuidi, who are all top-class players in their own right.

After tinkering with the combination in earlier games, Deschamps seems to have settled on his preferred midfield three, with Kante offering the perfect foil to Pogba’s flair and Matuidi’s engine.

Games of such magnitude are often decided by a single moment of individual brilliance and both teams have a number of individuals who they will be hoping can make the difference.

The French side is packed full of players capable of something spectacular but probably none more than Mbappe and Antoine Griezmann.

The Paris Saint-Germain forward has been sensational in Russia with his trickery, electric pace and deadly finishing ability proving difficult to handle. Along with Atletico Madrid’s lethal forward Griezmann, Les Bleus have two of the world’s best attacking talents and Deschamps will be hoping one of them could fire them to glory.

Mandzukic and Modric are the two players from the Croatian side who have the ability to steal the show with a moment of magic.

Modric has cemented his spot as one of the world’s best central midfielders in Russia and if Croatia are to be successful in the final, he will certainly be at the heart of it. Mandzukic, who has turned out for some of Europe’s leading clubs in Bayern Munich and Juventus, is a proven goal-scorer who will be looking to get on the end of any opportunity created by the creative forces behind him.

A victory in the final for France could set up their young side to dominate international football in years to come and go a long way to putting to bed the demons of their Euro 2016 final defeat to Portugal.

A win for Croatia, on the other hand, would prove a crowning moment for their Golden Generation.

With the hopes of millions resting on their shoulders, both teams have the chance to etch their names into the history books. 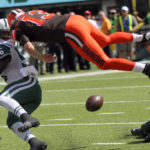 Bet on a low-scoring battle 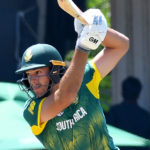 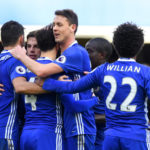 Wolves will be lambs to Chelsea slaughter