CRAIG LEWIS looks ahead to the Super Rugby semi-final in Christchurch on Saturday.

CRUSADERS vs HURRICANES, Christchurch, Saturday, 9:35am

Over the course of the conference stage, the Crusaders and Hurricanes established themselves as the two best teams in the competition as they finished with the most log points overall (63 and 51 respectively).

However, the way the inequitable competition format has played out, these top Kiwi sides will now meet in what should be an enthralling semi-final.

Towards the end of May, the Crusaders ground out a 24-13 win over the Hurricanes despite missing several first-choice players, with that result serving to send the defending champs well clear at the summit of the overall standings.

It also helped to ensure that the Saders would secure hosting rights throughout the playoffs, and with that in mind, it has to be noted that the Christchurch-based team has gone unbeaten in 19 previous playoff fixture on home soil.

Last Saturday, there was an almost cruel sense of inevitability as the Crusaders crushed the Sharks 40-10, but this weekend’s semi-final should be a far more competitive affair.

Very little separates the sides in most key statistics heading into this clash, but if the Hurricanes need any reminder of just how clinical the Crusaders can be, they would do well to rewatch the first 15 minutes of last Saturday’s quarter-final in Christchurch.

It was during this period that the Saders won two lineouts on the halfway line, and on each occasion created a try through the use of superb running lines and backline interplay.

It’s this clinical ball-in-hand execution that is now set to be tested against a stern Hurricanes defence that boasts an 84.8 tackle success percentage this season, with their efficient linespeed remaining a key component in shutting down the opposition’s time and space to attack.

Understandably, both teams have made minimal changes for this knockout encounter, although the Crusaders have received an additional All Blacks boost as prop Joe Moody returns from injury.

It’s notable that the Canes have won six of their last nine games against the Crusaders, and they are the one side that would appear capable of causing an upset on Saturday.

However, it would take a brave person to bet against a confident Crusaders team that will be targeting a 14th successive win and another appearance in the final. 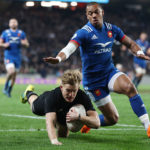 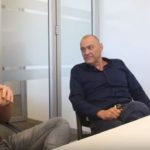 ‘Boks to win again, ABs to bounce back’ 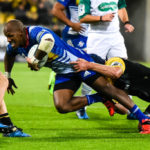 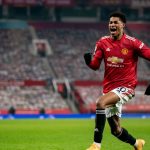