Bulls coach Jake White has expressed concern over the newly introduced captain’s challenge, which seemed to characterise many a game over the weekend. As all punters know, the margins between winning and losing are so small, and there exists a lot of debate over the new rule that is seeing teams concede three points a pop.

Bulls head coach Jake White has aired his concerns over the law that allows captains to review a try-scoring incident or foul play in the Rainbow Cup SA.

The Bulls continued their winning run by claiming a narrow 20-16 victory over the Stormers in Cape Town, making it two wins out of two in the new competition.

The captain’s challenge law – one of a new set of laws introduced in the Rainbow Cup SA after being approved by World Rugby for a trial – allows the captain of either side one review each where they can ask the referee to refer a try-scoring incident or foul play to the TMO.

If the review is successful, the team keep their challenge for the rest of the game. However, if they are unsuccessful, they lose their review until the last five minutes of the match.

Ultimately, the new law has been brought in as part of World Rugby’s drive to eradicate dangerous play from the game.

While that is admirable, in the first two rounds of the Rainbow Cup SA there have definitely been more stoppages as more incidents are being referred to the TMO.

Stormers captain Steven Kitshoff received flak after the game against the Bulls, but he ultimately used the new law superbly by continuously challenging referee Stuart Berry and keeping his side in the match.

Ironically, Kitshoff was himself yellow-carded as a result of a captain’s challenge by Duane Vermeulen for using his arm dangerously when carrying the ball forward.

‘If you freeze frame anything, you can probably find a reason to penalise [it]. There are probably 20 lineouts and 15 scrums and possibly around 200 chances at a breakdown where you are either carrying the ball or defending.

‘If you freeze frame all of those and you have the ability to look at whether or not it’s accurately done, you are opening yourself up to a lot of scrutiny.’

White added he feels it’s important that players adapt to the new laws.

‘I thought Kitshoff was outstanding tonight with how he used his captain’s calls. He is obviously very calm and the way he did it, he must have got a return of seven out of eight which shows he is using it in the right way.

‘I am sort of concerned that we mustn’t move away from the fact that rugby is a contact sport and people do run at each other. There needs to be some sort of feel from the referees as to whether or not there was intent.

‘It’s new to us and I am sure that we can sit and find some way in which we can have a happy medium.’ 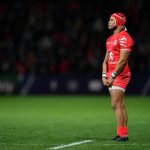 Where to wager this weekend and why 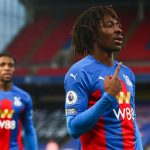 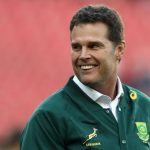 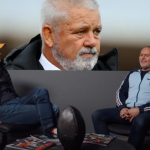 MoneyMan Show: Lions tour could be disastrous for Gatland