What a brilliant weekend to be a sporting fan. The Premier League ended in style, with a Sunday evening full of soccer, the Hurricanes and Crusaders bashed it out at high intensity for 80 minutes and in the early hours of the South African morning the Blues kept the Chiefs winless. I even found value in the Aussie Super Rugby.

+11.5 on the Canes started my weekend off on the right note. In my video with MoneyBoy, we spoke about the exciting clash and how we thought it would play out, feeling that the bookies were favouring the Crusaders by just a little too much and that a decent and conservative bet would be to take the Hurricanes to cover the spread. Not only did they cover the spread, they went on to edge the home side with a 34-32 victory and turned my R500 into R900. I stayed well away from the Chiefs, but mostly because I couldn’t muster the energy to wake up at 05:35 to watch what Warren Gatland’s side has been offering since the beginning of Super Rugby Aotearoa. I did venture into Super Rugby AU however this past weekend, and a bet on the Rebels returned me R1350 on R600 as they put the Waratahs away 29-10.

Sunday was for soccer, and what a Sunday it was. The Premier League came to a fantastic finish with 10 games on offer, Liverpool ending in deserved fashion and on 99 points, and Man United managing to make me some money. I put down R500 on a Man United win, writing on my Facebook page “Unfortunately for Leicester (a side limping to the end of the season), no other team in the Premier League has better form than Manchester United over the past past 10 matches. They have not lost a game in the premiership over this time and are 6 W 0 L 4 D, while netting 23 times and only conceding 7 times.” Man United’s two second half goals secured me a R1050 return on my initial R500.

A great weekend from both a betting and viewing perspective, and now we look forward to what this week has to offer. I hope you folks are betting safe and staying safe. 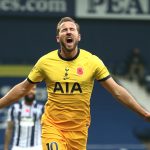 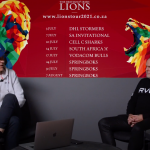 Money Man Show: British and Irish Lions will be a huge occasion! 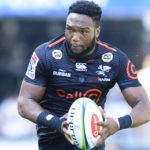 Bet on Sharks to beat Stormers