Today we’re chatting “laying bets” in a response to a question I got over the weekend.

The question was regarding what it meant for a Bookie to “lay a bet”.

Now, there are sites that allow punters to lay bets, whereby you would be betting on an outcome not to happen, but none that I know of in South Africa offer that, so let’s not get too deep into it.

When a Bookie lays a bet, what they are essentially trying to do is equal the markets, to ensure that they will be making their profit on an event, regardless of an outcome. The idea is for a bookmaker to take more money in than they pay out. If money starts to come in on an offered outcome (Outcome A) and begins to outweigh the other outcome (Outcome B), Bookies will increase the odds on the less favourable bet (B) in order to bring equal money into it and level the market. This means that if outcome A  wins, they will still be making profit on the money wagered on the losing outcome, B. They will be paying out the customer’s winnings for A and simply reimbursing the customer’s stake, but then be keeping all the money staked by the losing customers who bet on outcome B.

For a numerical example, let’s say there are two bettors in the World Cup final: Myself and Punter X. If I put R1000 on the Springboks to beat England to win the World Cup at 9/10, the Bookies have a liability of 900, meaning if I win my bet, they would be paying back my stake of R1000 + R900 of their own money (herein, their liability). So, if punter X has also staked R1000, but on England to win at 9/10, the Bookies would keep his entire stake of R1000 when the Springboks win. Thus, in an event whereby I have won and Punter X has lost (on the same odds, with the same wagered amount), the Bookies will still be making a profit of R100 as they take in R1000 from Punter X and pay me out R900 + my stake (bearing in mind that my stake was never their money initially).

Lay betting should not be confused with “laying off a bet”. Laying off a bet works similarly to cashing out a bet early, whereby you would guarantee winnings, but of a lesser scale. By laying off a bet, you bet against something that you have initially bet for, based on occurrences in an event after it starts, and in doing so bet on an outcome to both happen and not happen, so that you can basically cover potential losses on your initial bet, as the odds will have swung during a game. 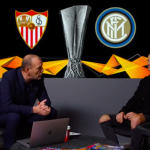 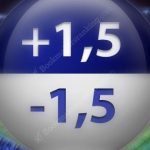 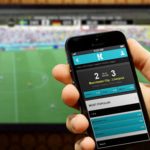 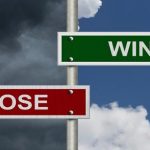