A quiet weekend, but a lucrative one nonetheless. Round 5 of Super Rugby proved fruitful for me, even though I only put two bets down.

On Saturday morning, I felt that the Lions would be competitive against a Waratahs side that had not set the world alight in the first few rounds, but that given home ground advantage, would still come away with a narrow win. I put down R2000 on the Waratahs to beat the Lions by four or more points, and while the Lions were fairly competitive, as expected, it wasn’t enough and the Tahs’ 29-17 win returned a healthy R3900.

My only other bet for the weekend was for the Jaguares to secure a win over the Bulls, my feeling that it would be by double digits, but my bet more conservatively being a Jaguares win by four or more points. The Bulls have flattered to deceive this year, and when I saw the Jags’ team the previous week against the Stormers, it was obvious that they were targeting the Bulls for an away victory, naming their strongest side for Loftus. The Jaguares were brutal in punishing the Bulls 39-24 and turning my R1500 into R2850.

MoneyBoy also had only two bets down for the weekend, with a great call on the Sharks at +2.5, which saw him win back R975 on his R500 as the Sharks beautifully took apart the Reds in their back yard. Unfortunately for the young lad, who is still learning, he lost R500 just as quickly as he made it, with the Stormers (albeit surprisingly), getting battered at home by the Blues.

Stay tuned for our shows later this week, where we’ll be looking to a busy Round 6! Thats all for now. 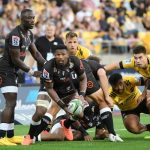 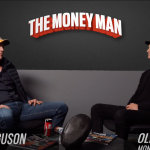 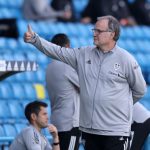 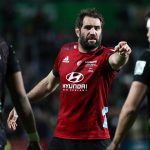