THE MONEY MAN is betting on the Vodacom Bulls to beat the Sharks by five-plus points at Loftus on Saturday.

A quick recall: last weekend ended well and I was in the money with an outright win for the Jaguares against the Blues.

That was the good news of the weekend: my other bet was for the Sharks to beat the Stormers. Fair play to Robbie Fleck and his Stormers for getting a win in Durban. But, hell, how did the Sharks lose that one? I watched the game again and the Sharks will be wondering the same thing. I had the Sharks to win by seven-plus and they should have.

The reality is they didn’t and money spent was money lost.

Those were the only two matches I bet on. Yet the match that surprised me the most was the Bulls win away from home against the Lions. They demolished them. I never expected it, just like no punter would have expected the Chiefs to lose at home to the Sunwolves.

Let’s get some perspective here: The Chiefs were favourites to win by 26 points and they lost by 15. That’s a 41-point turnaround! Lots of money was made by the bookies and not too much lost because who would have put money on the Sunwolves to win in New Zealand when they had lost their last 23 matches outside of Asia?

Which brings me to this weekend. Don’t be lulled by the emotion of the Sunwolves win. There are obviously serious issues with Chiefs coach Colin Cooper and his squad. They took 50 points against the Brumbies who a week later nearly conceded 50 to the Hurricanes.  And they became the first New Zealand franchise to ever lose to the Sunwolves in New Zealand. I put this one down more to the Chiefs than the Sunwolves.

I have been hugely impressed by the Crusaders. They are three from three, with two away wins in Auckland and Brisbane. I have them to beat the Chiefs at home, but won’t be betting on the spread because of the Kiwi derby mentality.

For the record, the Crusaders are 18 from 18 and eight from eight on the road with two successive titles, one away from home in South Africa (for the first time ever) and one at home. That, statistically, makes Scott Robertson’s class the greatest team in the history of the competition.

The Crusaders remain the classiest outfit in the competition.

The Stormers aren’t playing this weekend, but the Lions are at home to the Jaguares. The bookies have the Lions heavy home favourites at 3/1. Take the bet, if you have R500 to spend. It gives you back R2,000. My Superbru pick is for a Lions home win. My bet is for the Jaguares on those odds.

Please understand, there is a difference to who you think will win and who you think, on incredible odds, could show up the bookies. I am also betting R2,000 that the Jaguares will not lose by 10 or more, which gives me back R3,800. Those are wonderful odds.

The best bet though is at Loftus where the bookies have given the Sharks a four-and-a-half point handicap. In layman’s terms, they are saying the Bulls won’t win by five-plus points.

I am putting my money there for the hosts to defy the bookies and get me back R4,700 on my initial punt of R2,500. 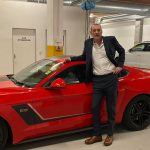 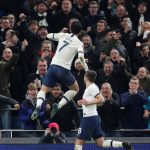 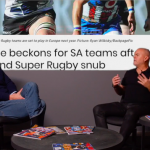 Money Man gives move up north a BIG thumbs up 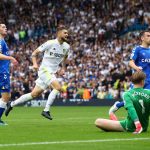