As the two most prolific teams in last season’s group stages, expect plenty of goals when Jurgen Klopp’s men take on Les Parisiens at Anfield.

Liverpool will be hoping to get their Champions League campaign off to a positive start when they welcome Paris Saint-Germain to Anfield on Tuesday.

Jurgen Klopp’s men returned to Europe’s top competition with a bang last season, only losing out to Real Madrid in the final after an exhilarating campaign.

Having won five and lost none of their seven home games en route to the final, they are 23/20 (2.15) favourites with bet365 to get off to a winning start here.

Les Parisiens were also defeated by Real Madrid in the first knockout round last time out, but are priced at 2/1 (3.00) to put that disappointment behind them with a big victory in this one.

None of the guests’ last 10 fixtures in this competition have resulted in draws, but you can get odds of 14/5 (3.80) on them settling for a single point on this occasion.

Roberto Firmino is a doubt after sustaining an eye abrasion in Saturday’s victory over Tottenham. The Brazil international missed training on Monday evening. Meanwhile, Adam Lallana and Dejan Lovren remain sidelined through injury.

Neymar will return to the starting line-up after being rested for Friday’s 4-0 Ligue 1 victory over Saint-Etienne, although Marco Verratti is suspended due to his red card against Real Madrid last season.

While they may have fallen short to perennial champions Real Madrid in the final, the Reds were arguably the most entertaining team in the competition last season – providing an average of over four goals per game.

However, it was their opponents who proved the most prolific during the group stages, hitting the back of the net 25 times in just six fixtures.

Having seen his Borussia Dortmund team surrender a 3-1 lead to lose 4-3 in the 2016 Europa League quarter-finals on his previous visit to Anfield, Thomas Tuchel could well be in line for another free-scoring affair in this one.

Indeed, odds of 11/10 (2.10) are well worth backing on PSG seeing over 3.5 goals for their 11th Champions League game in 13 when they take on an exciting Liverpool team. 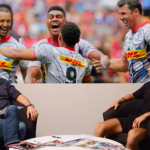 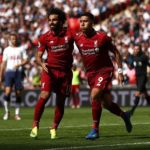 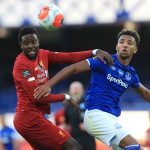 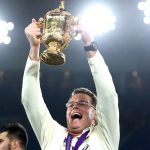 Patriotic Rassie would never sell out Boks for England