The Blue Bulls will face a stern test when they begin their Currie Cup campaign against Free State in Bloemfontein on Friday, writes MARIETTE ADAMS.

In a rematch of the Provincial Rugby Challenge final a month ago, the Pumas and Griquas are set for another epic encounter when they meet in Nelspruit on Friday.

It took a late drop goal to hand the Pumas a dramatic 32-30 win in the Rugby Challenge final, and given that both sides are fielding similar teams in round one of the Currie Cup, this result could go either way again.

Based on form, there are no odds-on favourites, but the Pumas do have a slight edge over Griquas because of home-ground advantage.

The hosts have also been boosted by the return of Marnus Schoeman after his Super Rugby stint with the Lions. The influential openside flank adds a different dimension to the loose trio and could pose a serious threat to the opposition at the breakdown.

On their part, Griquas – captained by centre Kyle Steyn – will look to start their campaign on a positive note and lay down an early marker with a valuable away win.

This encounter will be the biggest clash of round one. As far as local rivalries go, the glamour fixture between the Blue Bulls and Western Province is unmatched. But there’s a case to be made that the rivalry between Free State and the Bulls is a close second.

And we’re set for another instalment when they square off in Bloemfontein.

The Currie Cup format has been slashed to a single round of matches, leaving top teams with little room for error.

With that in mind, the Cheetahs have named a strong lineup filled with players with Pro14 experience. Similarly, the Bulls have a match-day squad packed with several of their Super Rugby lieutenants.

However, the outcome of this game could hinge on the performances of the halfback pairings. The Bulls have entrusted that responsibility to Manie Libbok and André Warner. But it’s Free State duo Tian Schoeman and Rudy Paige who’ll be out to prove a point and settle a score against their former team.

Schoeman traded the Bulls for Bordeaux last year, but has returned to South Africa to play for Free State. Paige is a different matter altogether. The scrumhalf left the Bulls in less than ideal circumstances, after being dropped by John Mitchell, and has been handed a lifeline in Bloemfontein.

Another factor to take into consideration is the appointment of referee Dan Jones. The decision to put the Welshman in charge will aid Free State simply because they’ll know what to expect from the Pro14 referee. 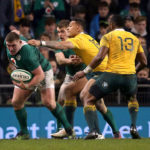 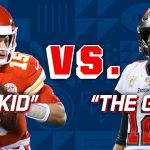 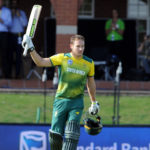 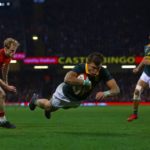 Bet on Boks, England to win